Writer in Residence, Lou Clement onboard at the Brighton Toy and Model Museum!

I’m excited to be the writer in residence at the Brighton Toy and Model Museum. It’s a one of a kind place, with a historical collection of objects that span the Twentieth century and with some items that date much further back. The central display in the museum is composed of model trains, which move around imagined landscapes and are posed with figures. It’s particularly lovely to think that only a few metres above trains from Brighton's railway depart and arrive throughout the day, connecting passengers to the rest of the South East, and beyond.  It’s these types of connections, real life and imaginary, that I hope to draw on during my time at the museum. 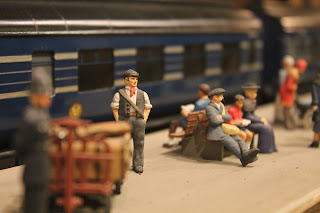 I’ve visited some esoteric museums in the past including the Fan Museum in Greenwich and the Museu del Perfume in Barcelona. I was fascinated by these collections because they gave an insight into design, culture and history.  But, as a writer, I’m also interested in the history of ownership, although information on the craft and production of an object may be available often little is known about the story of the object’s owner. What did it mean to that person? Or who was it owned by? For many, scents can spark those Madeleine moments and similarly whether thinking back to the items we played with as children or the stories that we can tell through objects, the Brighton Toy and Model museum offers a fascinating starting point for a writer. I’m enthusiastic to engage in novel ways with the collection.

During my first visit, an elderly visitor remarked to staff that there are toys in this collection that he used to play with as a child. You wouldn’t believe it, he said, and in his face there was something beyond nostalgia; the museum had triggered long forgotten memories.

I spent some time talking to staff about the collection and looking at items on display. I was captivated by the Steiff plush-toy collection. My knowledge of the infamous brand comes from afternoon’s watching the Antiques Roadshow. In my memories, the presenter locates the button in the ear, which marks the brand, whilst the owner relates the story of the toy. One of the team tells me about a rare Steiff Polar bear in the collection. It's lifelike structure, belies the history of its Designer. But, I also learn that a similar bear was owned by a little boy who boarded RMS Titanic on her fateful voyage in 1912. The story of the family and the bear emerges through generations of the family in the Twentieth century. This, I think will be something to research and I will share my work in my next post. 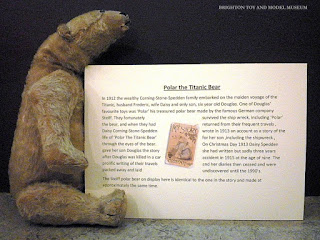 I’ll also be inviting creative writing submissions from you using writing prompts which reflect on the collection and your own experiences. Look out for details of the Scribble challenge!

Biography
Louise Clement is a MA Creative writing student at University of Brighton. She is a poet and writer. She has run events in the Brighton Fringe, had her work displayed in a local gallery and published in avant-garde magazine Rag n Rock.
at March 31, 2017 No comments:

The First Train Running Day Of The Year! 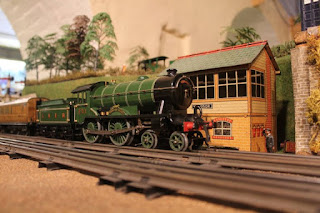 Running Days are a much anticipated opportunity to see some of the rarest and most delicate model trains in our 0 gauge collection running as Marklin, Hornby and Bassett Lowke intended.

Our Running days are always popular with collectors and aficionados as well as the general public as they afford visitors the opportunity to see trains that are normally kept motionless behind screens going full tilt around our superb diorama without the impedance of Perspex.

The museum opens at ten thirty and remains open until 5pm, with trains running from 11 until 1pm, when the museum curators and collectors break for lunch. After their break, and they return at 2.30 and continue running the trains until 4.30. Admission on the Running Day is £10 for adults, £5.50 for disabled and £5 for children under 16.

While the experts break, the museum remains open to visitors, who can enjoy all the other exhibits we normally offer, including our recent dolls’ house addition, our huge collection of toy cars, stuffed toys, and construction kits and so much more.

If you want to stay informed about this, or any other special events that are put on by Brighton Toy and Model Museum, why not follow us on Facebook for all the latest information on our activities and other news and events in the Brighton and Hove area?

The Work On Volk's Railway Continues...

A little while ago, the terminus at the Aquarium end of the Volk’s Electric railway was pulled down as it was old and dilapidated and needed rebuilding. 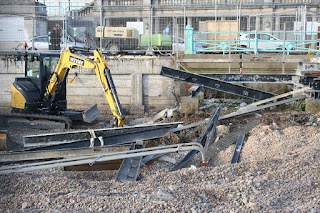 The Aquarium Station had last seen serious refurbishment and structural attention back in 1983, for the centenary of the opening of the world’s first passenger carrying electric railway. However, since then, besides running repairs and repainting, the station had received little in the way of renovations.

Part of Brighton and Hove's Rejuvenation

So, in the autumn of 2016 both the Aquarium station and the Car Sheds just next to the Peter Pan station, and the station itself, were brought down, Cheesemur, the contractors who have been tasked with the construction work, had to cut down the scaffolding which had been holding the building together for 15 years as many of the bolts were rusted shut. The sheds, and the scaffolding, had become a familiar sight for many visitors and residents, so it was almost sad to see it all go, however, thanks to the efforts of British Airways’ i360 and the local council’s many other endeavours there is a great deal of rejuvenation going on around Brighton and Hove, so a sparkly new Volk’s will be a welcome addition!

Since the Car Yards and Aquarium station were demolished, a programme of reconstruction has been undertaken from the ground up. However, because of the seasonal nature of the railway's timetable, there has been little interruption to the railway's timetable.  This being so, once the work has been completed by summer of 2017 the work won't interrupt the normal running of this popular seaside service.

Ravishing Rolling Stock!
And if you're wondering what happened to the rolling stock while all this construction work was going on and the Car Sheds are down, you won't be disappointed to find that they too are having a major spruce-up! The cars have been sent to Alan Keef Ltd, an engineering firm specialising in narrow gauge railways for industry, commercial, heritage and private coach and rail. So when they come back, we expect to see beautiful, fresh trains running in and out of equally trim stations.

(The photos here illustrate the construction work that is currently going on at the Aquarium station because your correspondent simply forgot that work was going on at the Car Sheds at the same time. This blog will be updated as soon as he’s been down to the site to get some photos of the progress of the work taking place there!) 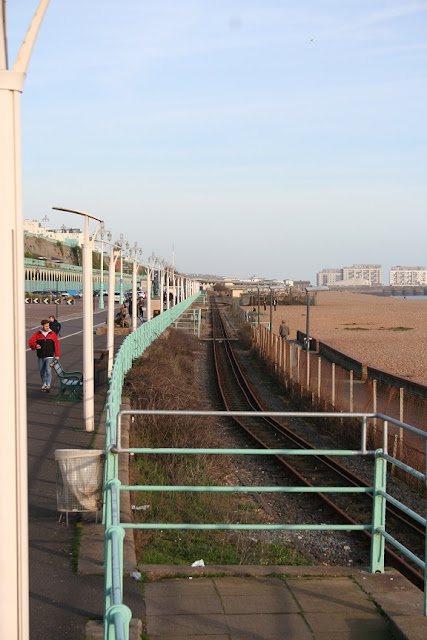 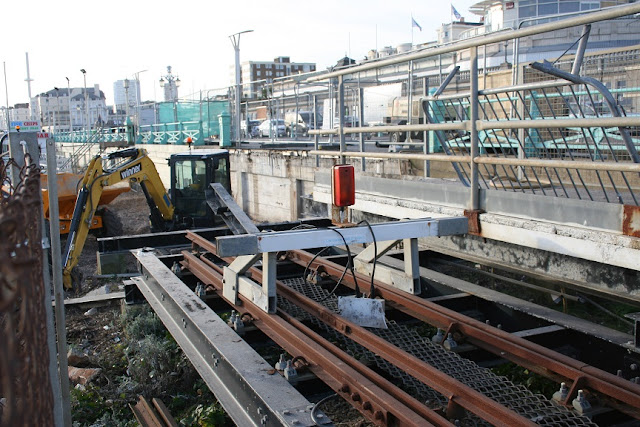 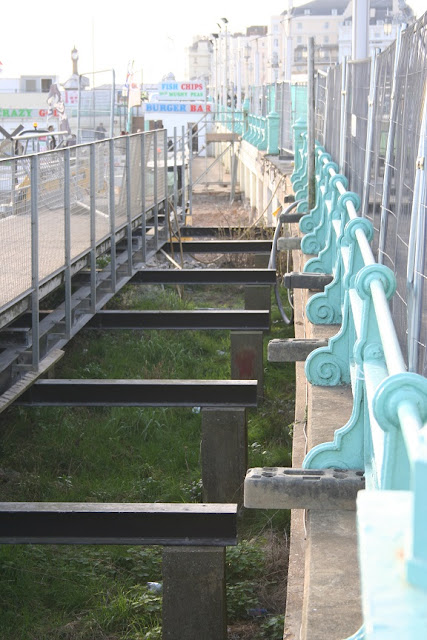 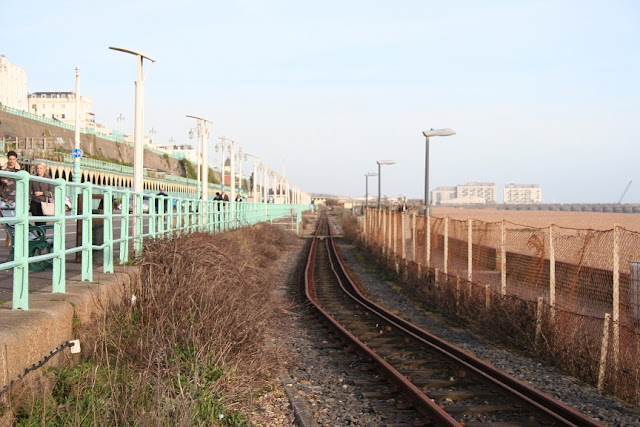