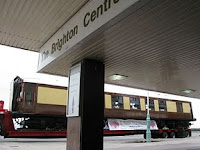 Robert Nemeth's "Building Opinions" column in Latest Homes Magazine has an article on the museum this week (8-14 Feb issue, page 7).
The article is also online on the magazine's site, at thelatest.co.uk/homes/building-opinions-62 , and the column is archived at www.buildingopinions.com
at February 09, 2011 No comments: