The train Now Standing in the Museum Foyer is the 1847 Jenny Lind. 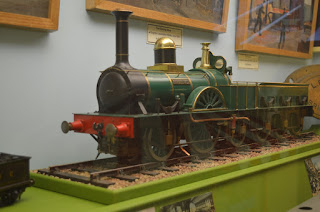 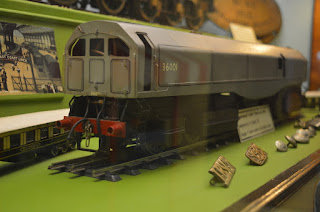 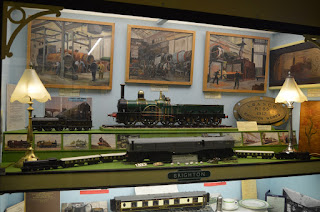 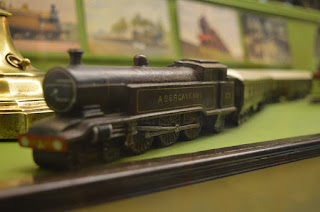 Due For Arrival; The Jenny Lind Locomotive

There’s a gap one of the display cases in the Brighton Toy and Model Museum’s foyer at the moment. What used to be a shelf dedicated to the glory days of the Brighton Belle is currently standing empty. But not for long.

Jenny Lind was a famous singer of the  1840s. Born in Stockholm, Sweden, and known popularly as ‘The Swedish Nightingale,’ Jenny Lind found fame throughout Europe and North America, reaching the peak of her success in the 1840s. Her first performance in London was in the opera Robert le Diable in 1847, with Queen Victoria in attendance. It was only two years later that she would announce her retirement from the operatic stage, and still nobody knows the real reason why.

Given a Famous Name

As she was already famous throughout Europe, and she made her British debut in 1847, boilermakers E. B. Wilson and Company of Leeds built a steam locomotive for the London, Brighton and South Coast Railway, and it was named ‘Jenny Lind’ in her honour.

The loco’s design proved to be extremely successful and was used as a blueprint for successive steam engines throughout the 1840s 50s and 60s. Indeed the design was so useful that form of the Jenny Lind became a specific ‘type’ of engine. With more than seventy individual locomotives being built for a number of different railway companies, it became the first mass produced consistent type of railway locomotive in the world. In fact, the type became so consistent that the manufacturers chose to charge a premium from railway companies that ordered an engine that deviated from the type in any way.

Now obviously we don’t have one of the original Jenny Lind type locomotives, but we do have the next best thing: a 1-16 scale 3.5” steam powered model of the original engine as engineered by Bill Hinchley of the Milton Keynes Model Engineering Society. The engine has been donated to Brighton Toy and Model Museum due to the strong links between the original Jenny Lind engine and Brighton, indeed, where better for it to find a home than Brighton’s famous model museum?
The final exhibit is currently being prepared, the brightwork polished and the paintwork buffed. The model of the Jenny Lind will see its own debut on the 14th of October and will sit alongside paintings of the Brighton coachworks which used to be next door to Brighton railway station, a model of The Leader, an experimental steam engine of the 1940s built in the Brighton Coachworks and several other pieces of memorabilia of Brighton’s steam past including original lamps from the historic Brighton Belle.

When an Old Box Becomes a Treasure Trove

Isn’t it amazing, what you find when you’re not looking for it? Especially when that thing is a treasure you’ve forgotten you ever had!

While we were undergoing a grand reorganisation and clear-out in one of our workshops we discovered under a bench an old box that hadn’t been opened in 20 years. Well, that old box proved itself to be something of a treasure chest when we took a look inside because in it we found an historic and enchanting collection of beautiful and incredibly rare collection of miniature furniture, ornaments, and kitchenware, including plates, cutlery, even the fruit and various other foods that were to be served on them. A fine setting for a luscious Lilliputian dinner! The collection also includes any number of other household objects including tools, framed pictures, lamps and vacuum cleaners. In fact, anything you would expect to see around the home, but in miniature.

A Display Built By Craftsmen

We thought this find was so extraordinary that the museum’s craftsman carpenter created a wonderfully atmospheric display that shows off the collection to its best; a unique doll’s house inspired display stand where all the tiny fixtures and chattels can be seen as they would have been in situ in a real doll’s house.

Once this display had been built and decorated to look every bit as if it were a turn of the century doll’s house then the museum’s director spent the next week carefully selecting and displaying the best parts of the collection as you see it today.

Together with the display stands, there is an original dolls’ house from the beginning of the twentieth century and numerous other pieces such as bathroom and bedroom sets. The collection is open now as part of our collection of over 10,000 individual items on exhibition.

If you're planning on coming to see the doll's furniture exhibit, we're open 10-5 Tuesday to Friday, 11-5 on Saturday. For admission fees and all other details, please see the Brighton Toy and Model Museum website 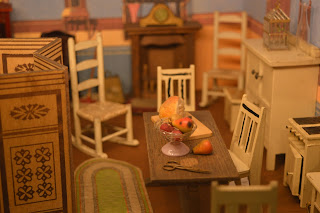 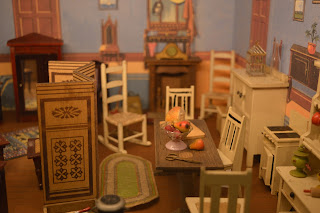 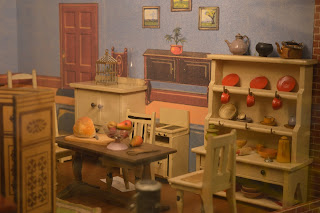 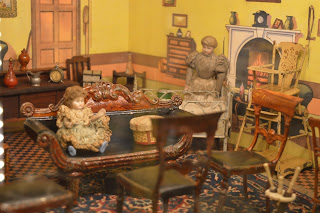 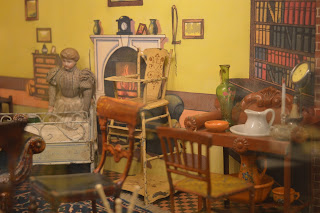 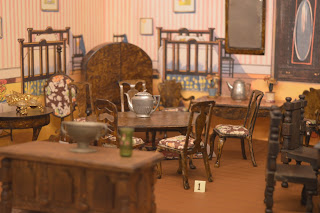 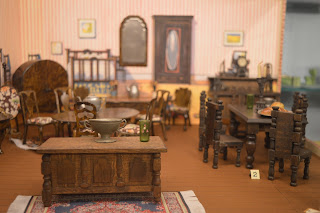 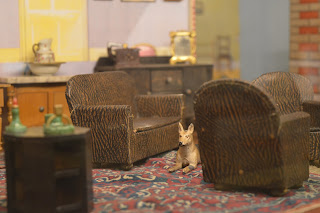 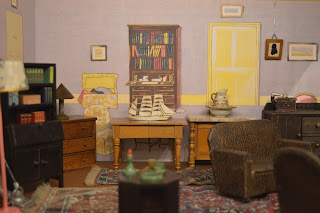 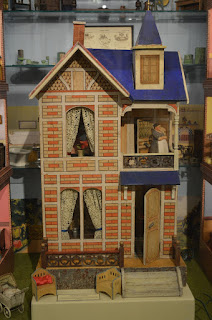 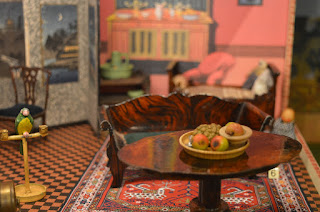 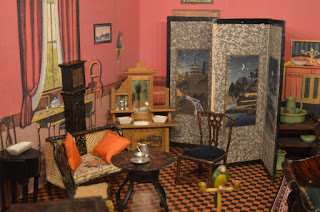