Monday Motion In The Museum

Did you come to the Kinetic Carousel event we held on Monday?

Last week Brighton Toy and Model Museum opened specially on a Monday. It was half term and we had a Brighton Science event so we thought 'why not open all day?' And it was a great success for all involved, and, as often happens, the adults actually outnumbered the children!

The Kinetic Carousel is a rubber band powered toy which, once you have wound it up, spins wildly. The toy is designed to achieve several principles of science, including stored potential energy being converted into mechanical energy, and the spectrum. The theory being that if you colour in the roof all the colours of the rainbow, when it spins they merge together and appear white.

The design in the manual suggested the traditional horse motif for the outside of the carousel, but Brighton's children are a little more imaginative than that, so, we had a variety of carousels, including Abstract Pattern Carousels, and a designer who clearly had little faith in the project, who created a Flying Pig Carousel.

We regularly take part in local and national events, including Museums at Night, Brighton Science Festival, Half Term and school holiday events, and exhibitions by the students of the Brighton MET college. 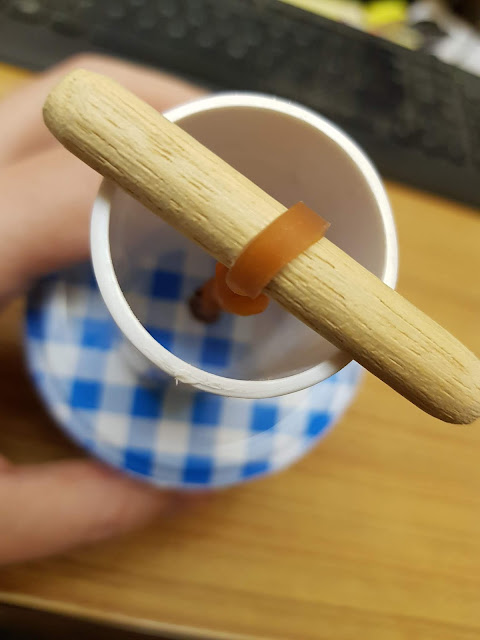 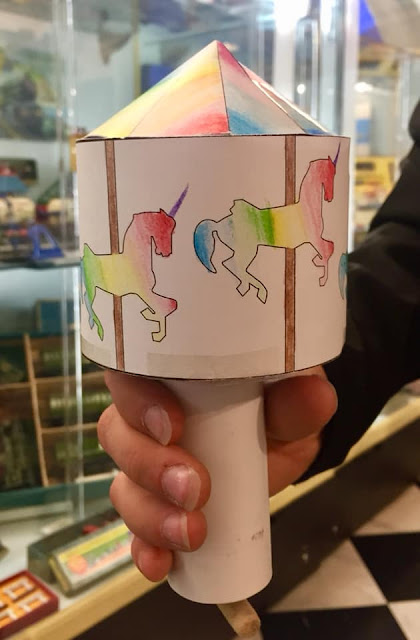 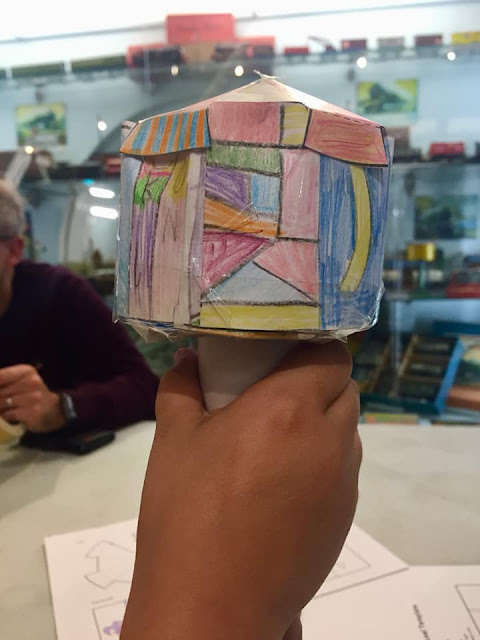 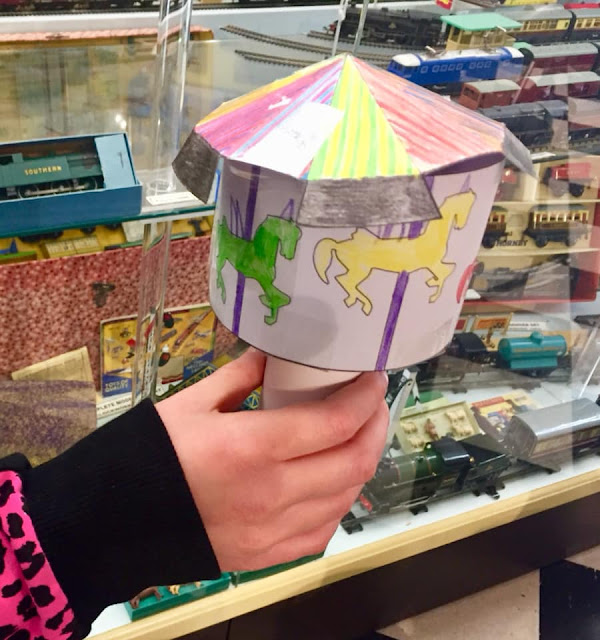 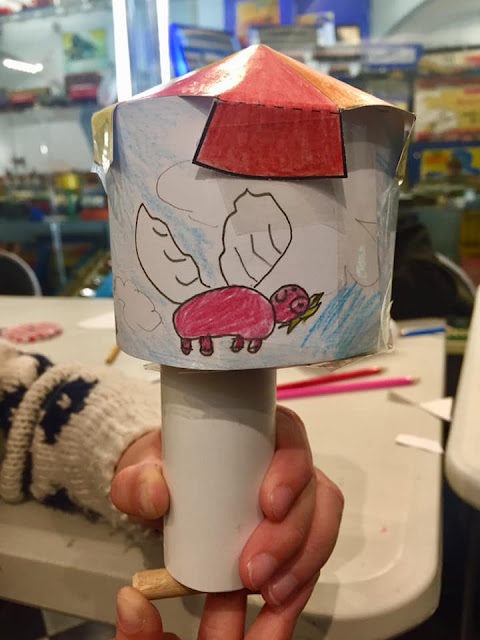