The Trains And Railways Of India: A Lecture From Lawrence Marshall

We're proud, and yes, a little bit excited to be welcoming Lawrence Marshall to Brighton Toy and Model Museum as he will be here to deliver a speech on the memories he has of his experience working and travelling on the trains and railways of India.

The railways play a huge part in the history of India which is often overlooked. They made the movement of goods, people and information much easier and faster which in turn enabled agricultural, economic and political growth. Before the railways people would shun travelling long distances because of the heat and discomfort involved in traversing the roads, goods made in one region would remain in that area as moving them was difficult, expensive and often dangerous while it could be said that Gandhi would have had far less impact in political and social reform had he had to travel the subcontinent by road instead of rail. Indeed, his first act of civil disobedience was to be thrown from the First Class compartment of a train when he was in South Africa. This was first of many non-violent acts that he brought to India which eventually led to Indian independence. 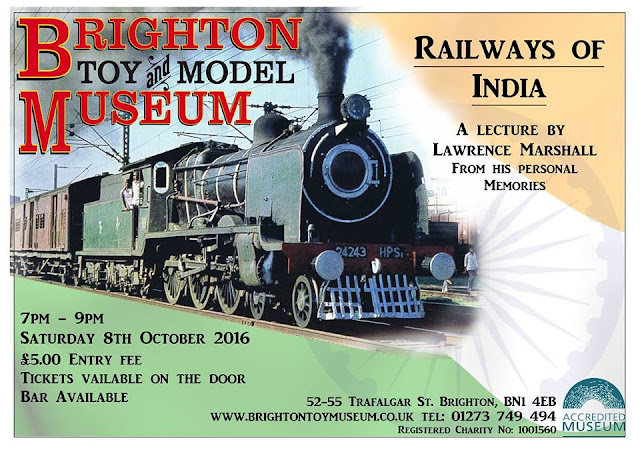