The charm of dolls’ houses.

The charm of owning a world in miniature is something appears to be universal. From children to adults and Victorian aristocrats many people have been drawn in by the dolls house’s allure. 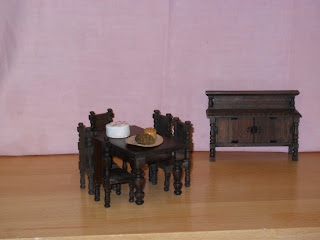 What is it that makes them so special?

I clearly remember my first doll's house, it was a small, chipboard creation, with four rooms and furniture that didn’t quite fit; I loved it. I played with that doll's house until it fell apart. Yet from that moment, I was hooked. As time went on, I got given another, "collectors" doll's house, and became exposed to the world of doll’s house miniatures.
It’s fascinating what you can find, everything from beds and sofas to rolls of loo roll and slices of cheese, have been recreated in miniature. The attention to detail can mean that they even look like the real thing. It is also possible to get scaled down wall paper that is designed to look realistic in a miniature room.


My doll’s house is a modern one called "Willow Cottage". It has six rooms, two staircases and lots of interesting features to it. I set it out as you would expect a house to be set out, with the children's bedroom and the bathroom upstairs in the attic. However, doll's houses have the downside of not being exactly the same as real houses, and I remember constantly being frustrated by the fact that the stairs ran through the parent'’s bedroom and the bathroom, try as I might, no amount of shifting the rooms around would solve the problem and my dolls just had to put up with people running through the bathroom to get to the playroom.

So imagine my fascination when I came across the "Queen Mary's Doll’s House" which even had entrance halls. Every last inch of the giant doll’s house was decorated with minute attention to detail, looking at the pictures, there is even a whole library stocked with books, some of which have titles written on their spines. On the ceiling of the king's bathroom is a beautifully painted mural, and the fittings make it look almost as if it could be a real bathroom.

In this particular Doll's House there was even a wine cellar stocked with miniature bottles of wine and spirits with real alcohol inside of them and labels to tell you what they are. (Why the bottles were actually full I don’t know, I'm assuming it's so that the dolls could get drunk...)

It’s difficult to determine exactly when the first Doll's houses were created though some historians have dated them as far back at the 16th century. The earliest Doll's houses where not meant to be children’s play things, instead they were meant to be used to show wealth and prestige. These early houses did not have to same uniform scale of furniture, for instance some of the furniture might have been tiny whilst other pieces might have been larger. It was only when they started to become play things as well that scaling became more of an issue and even then different dolls houses were built on all kinds of scales.

After the Second World War the uniform scale of doll's house models became 1:12 and most mass-produced dolls house furniture and items were produced to this scale. 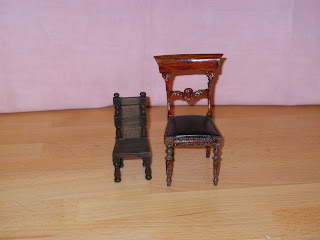 Having a doll's house as a toy used to be a privilege reserved for children from the upper classes, for instance, rich fathers would have them built to teach their daughters how to be good housewives. These houses often had a lot more attention to detail than their later mass-produced counterparts.

The Toy Museum itself has a wonderful collection of dolls house miniatures spanning the years, from the 1800’s through to the 1930’s. One of the most beautiful pieces being a German fireplace, made out of metal and complete with an intricately painted tile design (1930) 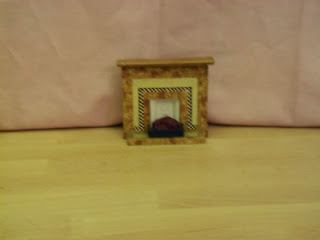 Other pieces include two highly detailed metal chairs dating from the Eighteen Hundreds that were designed by the British company Evans and Cartwright. 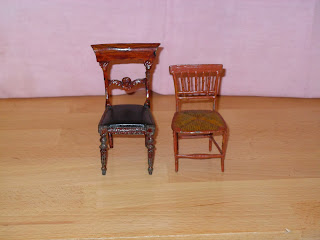 Metal used the be the favoured material with which to make dolls house furniture, because of the fact that it was easier to work with and manufacturers could create much more detailed pieces than they could with wood. I only got a chance to look at a few examples of what the museum has tucked away in its store room, but I have been told that there is a lot more hidden in its collections.

Keep an eye out for some of the collection being exhibited in the near future!
at October 01, 2013